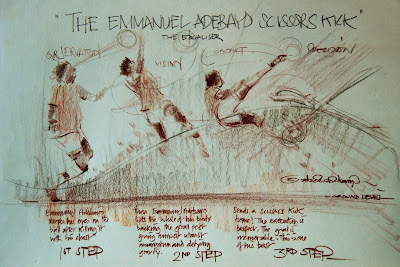 This was the moment before Robin Van Persie smacked in a cracker against Chelsea last weekend! I love a bit of football(soccer) and to get this image I had to pause the video. 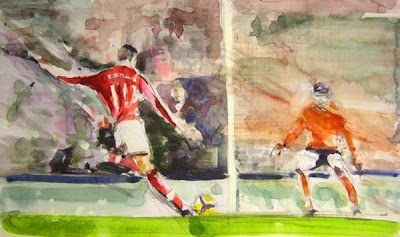 My goal here was to capture that feel just before the ball was shot and the motions that go along with such highly competitive sports!

He actually hit that ball in the top corner! 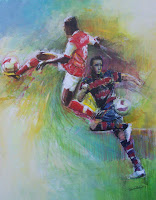 This is the new strike force of Arsenal -Robin Van Persie and Emmanual Adebayor- they are the new Thierry Henry and Dennis Bergkamp. 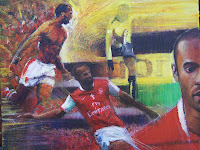 I recently dedicated this painting to Thierry Henry, the greatest goal scorer in Arsenal History. It was achieved with acrylics and inks. Hope you enjoy