Some young painters I loved at the ROI Exhibition 2009

As promised earlier this week I said I'll post some of the painters I loved in the Winsor and Newton Young Painters (Under 35) Artists Section at the ROI Exhibition 2009.

1. Yasunobu Shidami
He won the 1st prize in the Winsor and Newton Young Painters Section. He was a year ahead of me while at Heatherleysand he has set new standards and goals for himself since then. He had a masterful self portrait...

Adebanji and some of his paintings I

This is the first of a new series of works I'll be producing on painters and their paintings.

Now, because this is based on photos I have taken of these artists- I am leaving it open to you to guess who the artist is. 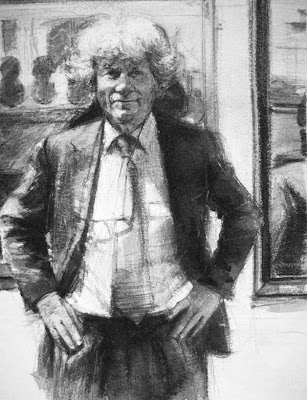 After someone gets it right then I'll post their name in brackets as part of the title. Only then will I complete the reason why I chose the artist and why I like their paintings and...