These two sellers are from Poland, they couldn't speak much English but they let me know their names and they agreed for me to sketch them. Andrey has been in the country for about 3 years and Roman has been in the country for 5 years. Roman has been selling the Big Issue for 3 years and its been great for him. Andrey stands up holding crutches in one hand, so it was quite hard sketching him and unfortunately I pulled out a H pencil and that made things really worse, because the harder pencils scratch against the paper and don't favour quick sketching where firsthand bold statements are needed. I didn't have time to change pencils because once they are aware sketching takes place, they are a little tense and one just needs to be fast. It is like this for those standing but for those sitting it is far more easier because they are already in a relaxed mood. That's why I enjoyed No 17, I actually spent more time sketching him as he was such a delightful person too, he kept calling me Picasso!

It is also amazing the comments I hear from people around, while sketching. Some look at me with pity and say, poor chap-he has got great talent but.....other say look at him, this is natural talent, you don't learn this in art schools. Some look at me, and say, you actually know what you are doing. Some take pictures, some record videos... it's all buzzing. I just get on with the business at hand!

Enjoy the sketches and pictures! 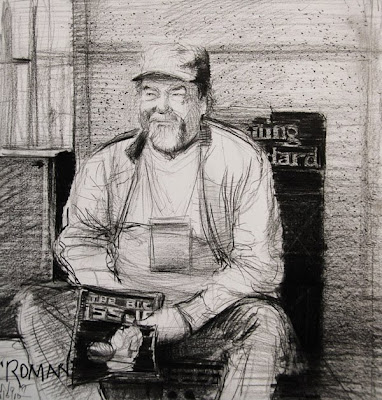 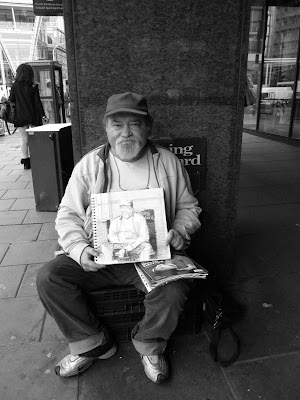 No 17, XVII with the sketch 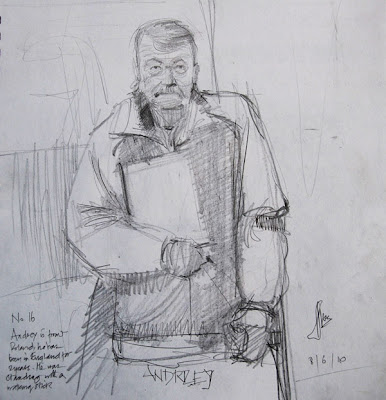 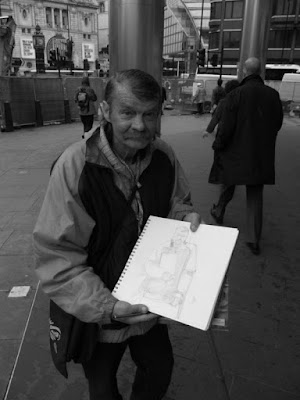