The Story Behind 40 works that changed my career 19


This work brings back great memories as it was the first Farm painting I embarked on doing. I haven't been able to keep up this series as much as I would have liked to. But also when I first became a Provisional member of the Royal Institute of Oil Painters, this was the first painting that I exhibited at their members only exhibition in 2010. 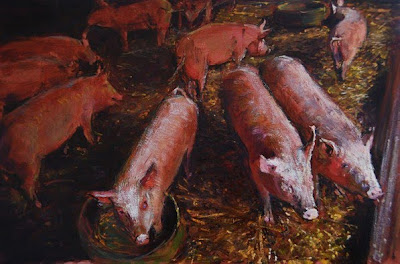 As a provisional member of the Royal Institute of Oil Painters, I'll be exhibiting my first farm painting at their Members only exhibition, which runs from May 16 to 29 at the lovely Hawker Gallery in Amersham.

This piece will mark the beginning of more farm paintings!

It was done with oil on board. 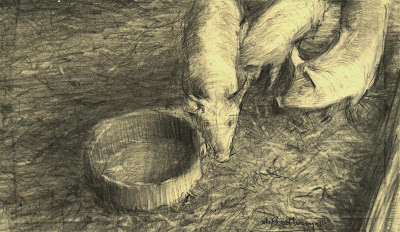 These ate two drawings from my farm experience I have put these in Angela's sketchbook for her them on "places". This is all part of a 13 artist sketchbook exchange, called the Flying Moleskins pioneered by Dominique. 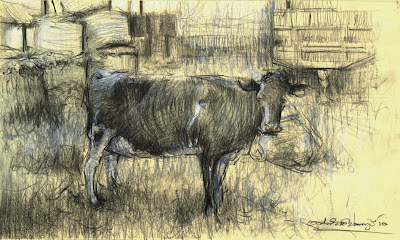 I chose the farm since it is a place that I love and had recently been to.

Back to the farms where it all began! 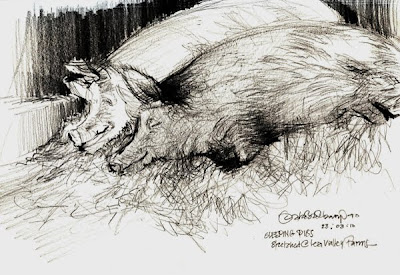 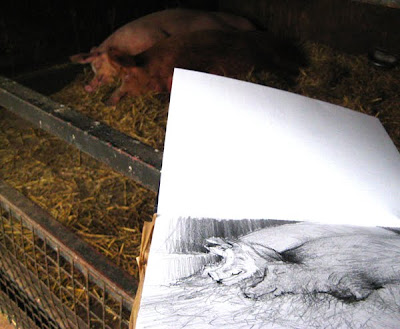 On Tuesday I had an interesting trip to Lea Valley farms in search of my beloved cows. It turned out to be the pigs that stole my attention. I took loads of photos for future paintings, these are just some sketches I managed to make in between.

Still need to visit two farms for future life paintings when they are allowed on the field.

You might be wondering why I have the title as back to where it...