The Face of Homelessness, London Bridge

This is another guy I encountered at London Bridge. He was actually begging inside London Bridge Station and this isn't allowed. Sometimes the homeless get away with it. So I didn't have much time to stay with him before he was moved on by the Travel Police.


He had the kind of face that I always love to paint and explore. I...

The Story Behind 40 works that changed my career 9 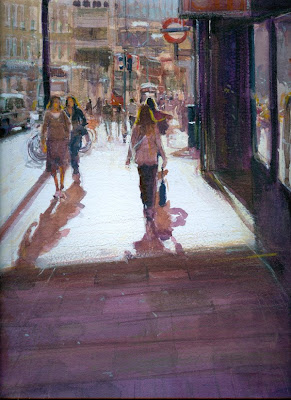 "It was one morning early this month as I was passing through London Bridge, that I caught a sight of this view-It was enchanting- I was only armed with my digital camera - and that was it! One shot and the painting is now done. Sometimes we see places we love but just can't get down to painting them,...