Sketches on the train in May III 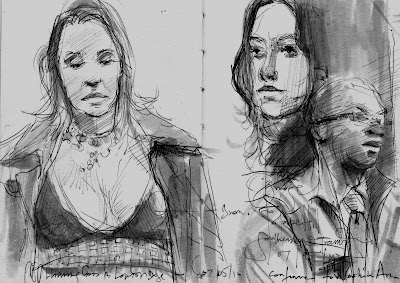 Just one page spread today, you know it's Friday!

Sketches on the train in April IV 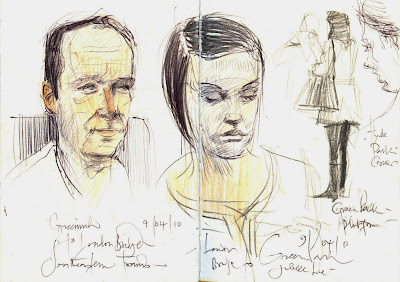 THE FIRST FEW LINES WE MAKE WITHOUT THINKING ARE POWERFUL, THEY ARE CHILDLIKE BUT THEY ARE THE GENUINE STRONG LINES, I WISH I COULD RESIST THE TEMPTATION OF DOUBTING THOSE LINES. THEY ARE ALMOST COMPARED TO OUR FIRST LOVE, THEY ARE SO TRUE..... 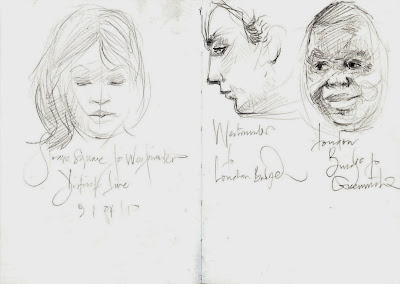 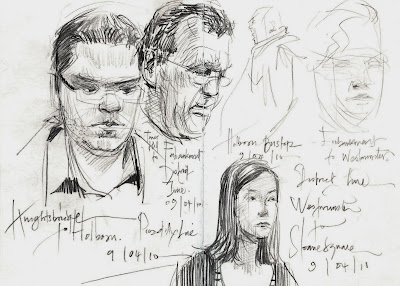 Sketches on the train, tube and bus in September V 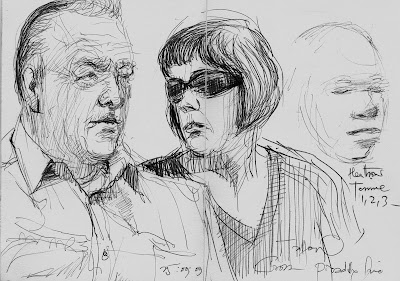 Back to the sketches again! More people sketched! 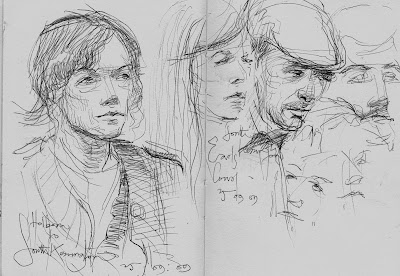 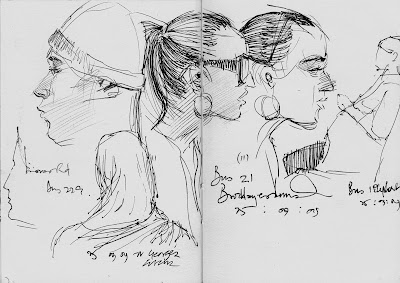 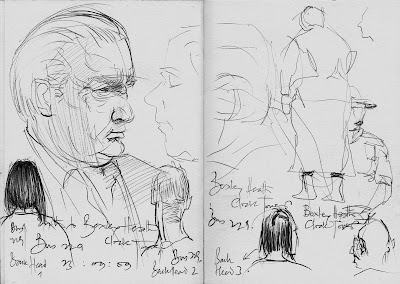 Sketches on the train and bus in September II 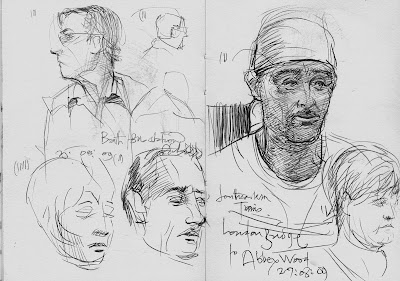 Some recent Sketches on public transport. 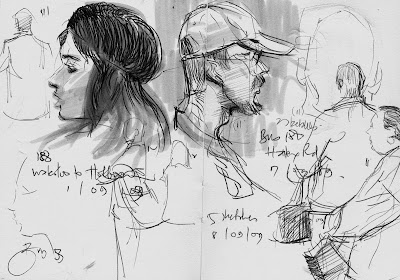 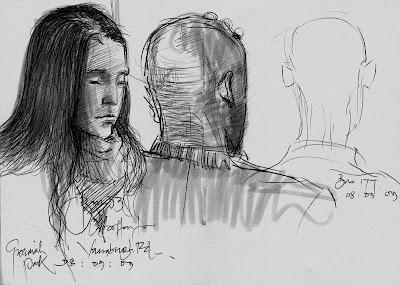 If you ever try the tube during the Rush Hour in London, you'll surely experience being sandwiched! Sometimes you'll get a commuter who barely can raise their head or even breathe properly because of the cramped environment. I've been there and even though the scene I have captured here is not quite that serious but it shows how closed up we can get with other during rush hours! 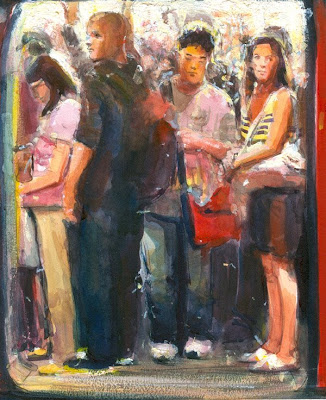 This work was done...