The Story Behind 40 works that changed my career 10

This is one from my AFRO SERIES. I remember I was at Church on a Sunday afternoon and I went to the lobby where we normally relax between the morning service and evening service, and these lovely girls were helping themselves look good. I just took a number a shots while the plaiting took place, it was only later while looking through my archive of pictures did I realize this...

Capturing my little princess as she sleeps is not that easy especially when she falls asleep in my hands/shoulders. I decided to incorporate my face into these ones to add some contrast. 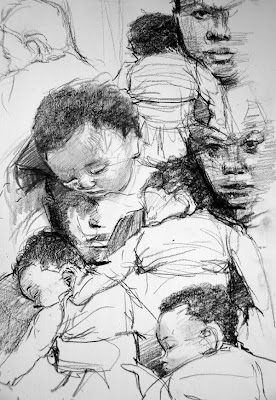 I have done these with a carbon pencil B and 2B on cartridge paper.

This time Josh is not sleeping, he is busy watching WALL E. Here I try to capture that serious concentration and pure attention he gives this beloved film. 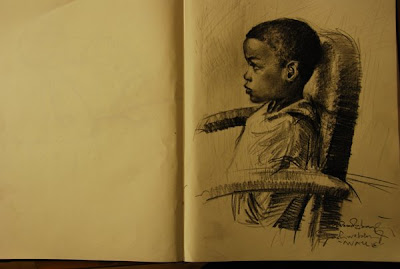 I did this with my carbon pencil, which has some great qualities for achieving rich darks.

I have sketched so many horses in the past and I love their movement, form and just the smell of being around these fun living things. The sounds they make and the way they are never stable but keep moving.

So this is the first of a series of drawings and paintings on horses called "Horsemotions". It will feature the character, movement, and general well being of these fantastic creatures.

This is number 22 in my current Afro Series.

The emphasis of this series, is to show the beauty and variety of natural black hair. 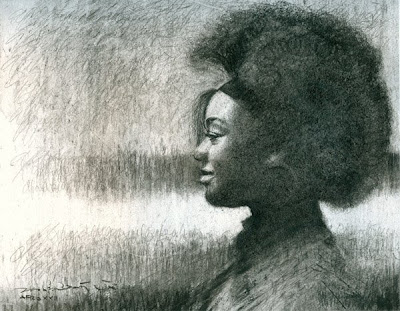 The model is a friend of mine and she has a nice Afro!