The Story Behind 40 works that changed my career-40


And finally at last, The 40th work that has made my career is this painting- I was inspired to take this one on because it was a had crowded figures, reflections and rain-three elements I really love in urbanscapes!
I worked completely from a photo in the studio but all the time I made sure I didn't fall...

NUMBER 33- AROUND THE ROYAL THEATRE BEFORE THE RAIN 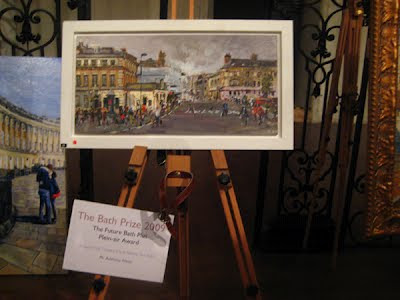 
Now, if there's been any single painting that has opened up so many opportunities for me during my career so far, it is this little one! It was the year 2009 and things were starting to go from bad to... 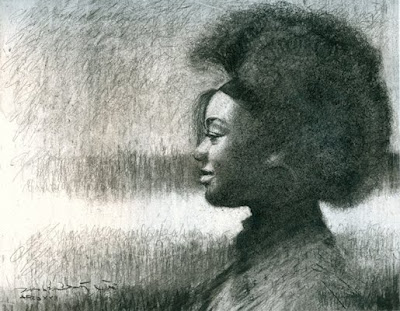 This is one of my drawings that show the beauty of natural hair. It's one of my favourites! The model I used was a very good friend of mine. Because it was purely one of those pieces that I chose to do, I altered her facial features a bit to suit the purpose of the piece. Sometimes I do this especially if the person doesn't want to be...

The Story Behind 40 works that changed my career 15

This painting gave me a great leap, I mean a great leap towards plunging into Art full time. It was painted slowly and carefully for about 6 months or so, combining it with my full time job at St Mungo's, and being a new father of a little boy who was only 1 year old at the time. I was painting from a really bad picture, that wasn't clear at all, so, I kept on inventing all...

The Story Behind 40 works that changed my career 14

In this post I'll be showing the stages of completion from start to finish. This shows another technique I use when starting off these kind of crowded scenes. With This Rush Hour I started with an abstract acrylic opaque wash, I really wanted the finished painting to have a lot of density and that's why I used this technique. 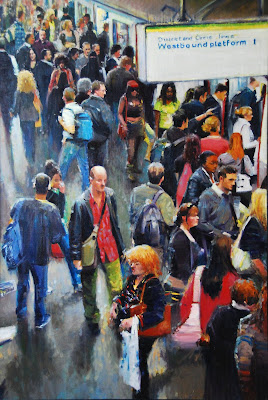