All three of this guys were seen around St Martins in the Fields as I was walking through to the National Portrait Gallery. 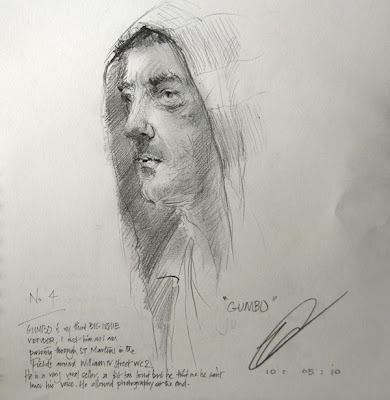 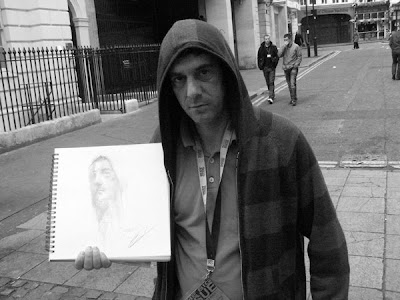 The first GUMBO (above) was very vocal a great lad, who I advised he needed to lower his voice when approaching ladies to buy the big issue. He simply said he couldn't but kept selling, he showed me how much he had made and I had to believe his technique worked. He allowed photography at the end of the sketch. 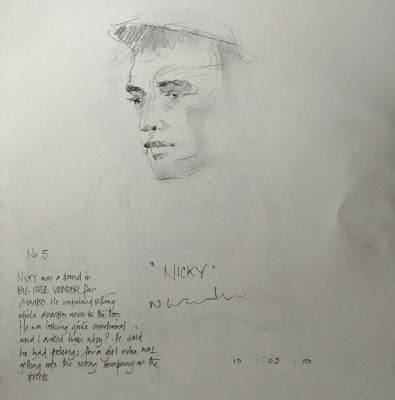 The second was NICKY (above) who was a stand in seller for GUMBO, while GUMBO needed to ease himself. I didn't have much time to finish his sketch as GUMBO had come to take over again He was looking quite emotional but did the selling all the same. I asked him why he looked emotional and he said he was concerned about a girl who had fallen with the wrong company on the streets. 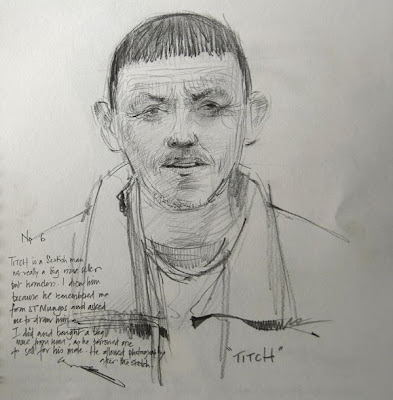 The third was TITCH (above), he wasn't actually selling the big Issue but really wanted me to sketch him, he remembered me from when I used to work with the homeless. So he got a Big Issue and I sketched him. He was a pleasant guy and very funny. He allowed photography at the end of the sketch. 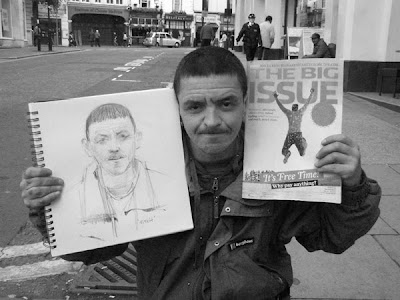