Met Harvey as he calls himself at the front of the National Portrait Gallery, this guy has been the most efficient salesman I have met so far! Nice voice, contemplative greeting and nice jokes, even tries to guess where the tourists come from. He makes number 7 of my current series of Big Issue Sellers. 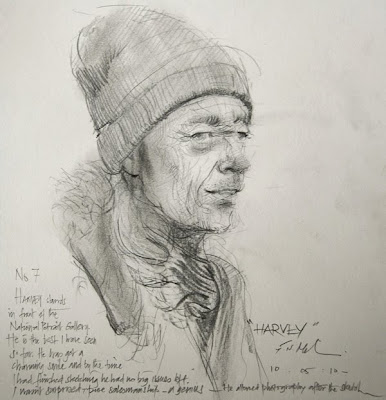 I sketched him and he was pleased. He allowed photography after the sketch. 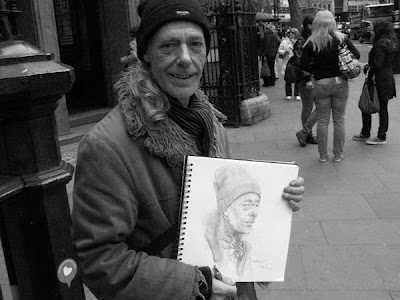 NEXT:Watch out for 4 Big Issue sellers I captured on Friday in the City of Bath!